Between 2015-2017 The “Magnifica Regola di Selva e Pescul di Cadore” (the administrative body for the self-government of mountain communities) has contributed to recovery efforts of the “L MOLIN DEI PADRE” (the father’s mill). The restoration and reconstruction included rebuilding the roof, the racks and the feed water channels, the wooden external wheels and transmission shafts gear wheels, as well as interior furnishings, all while scrupulously respecting their original appearance and characteristics.

In 2020 European Data Warehouse, in alignment with its social and environmental efforts, contributed to the completion of the recovery work by improving the energy efficiency of the building in order to preserve it from the extreme temperature changes the building experiences in its 1500 meter alpine climate.

The mill was originally built in Toffol in 1879 by the Lorenzini family (the Father, hence the name of the mill itself) and was one among many mills along the Loschiesuoi stream. Today it is the only one still in existence, making its recovery especially important given its historical and cultural significance.

The two wheels, made by hand in larch wood, allowed to two millstones to operate at the same time and were active until the 1960s. Later, a connection was grafted to the gear of the second wheel that allowed to operate the machines of a carpentry located on the second floor of the building, which also provided for the repair and replacement of worn parts.

The mill in question mainly grinded wheat, but also barley, rye and even beans (the latter used mainly for animal feed). 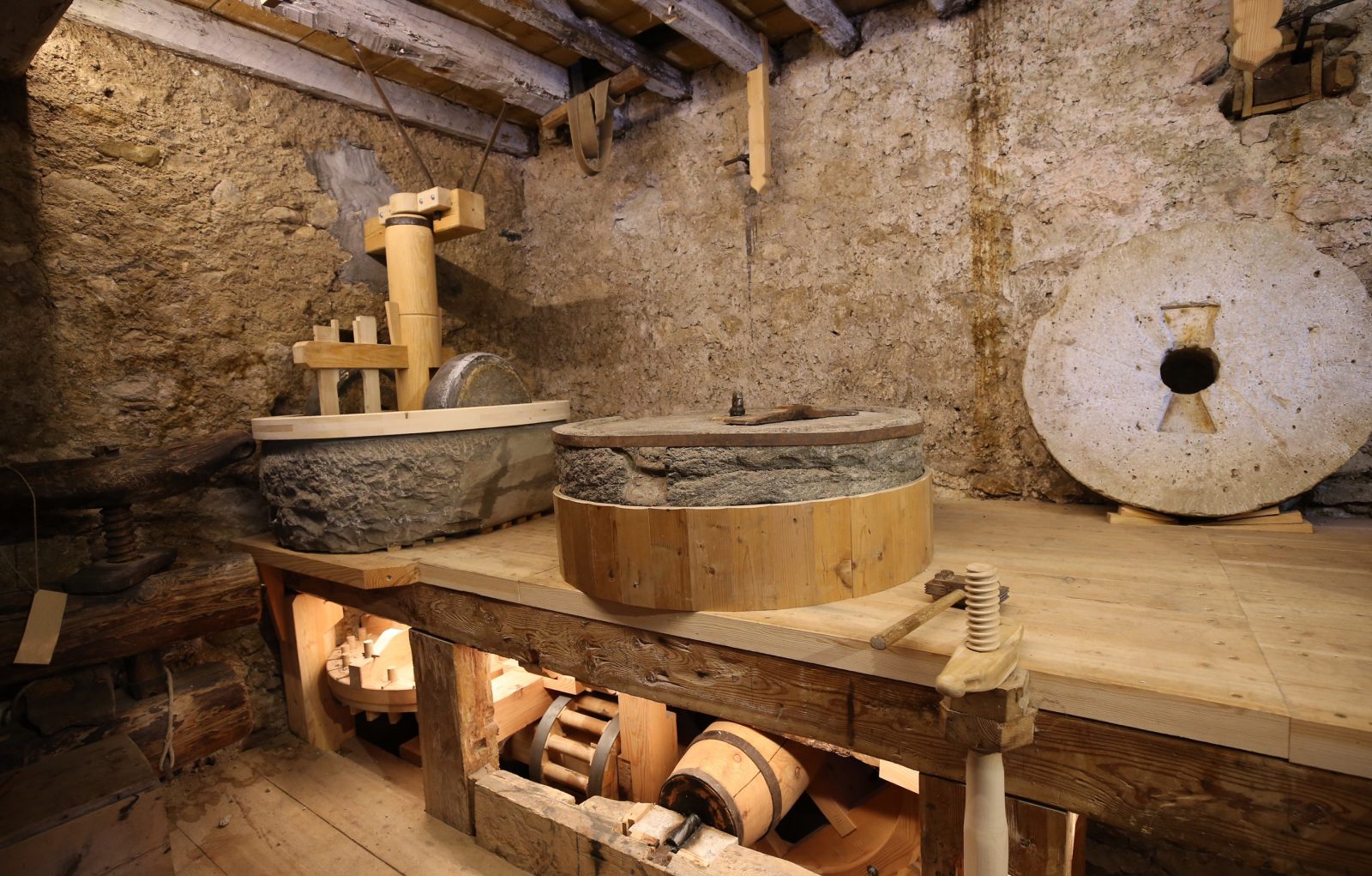 The most favourable seasons for milling were spring (thanks to the abundance of water flowing down the mountains) and autumn. Milling was nearly impossible in the winter, when ice blocked the wheels. Inin summer, the millers were too busy harvesting what they would later mill.

During its years of operation, the mill could produce up to 100 kg of flour and the wage for the miller, always and exclusively paid in kind, did not exceed 4 kg, a very poor compensation especially if compared at today’s value.

Improving the energy efficiency of the historical mill also aligns with European DataWarehouse’s work with the Energy Efficiency Data Protocol, part of Horizon 2020 and its commitment to green finance and environmental responsibility.