European DataWarehouse launched its inaugural data quality award at the company’s 10-year anniversary celebration in November. This year EDW presented two awards; one for Data Quality of the Decade (2012-2022), awarded to Europea de Titulización S.A. (EDT) and one for Best Data Quality – Deal of the Year (2021-2022), which was awarded to Intesa San Paolo for their deal, Intesa San Paolo – BRERA Sec S.r.l. – RMBS 2021.

In order to select the issuer with the best Data Quality of the Decade, EDW’s data analysts first narrowed down the candidates to a pool of issuers with at least 6 years of data submissions. From this list, we considered the Data Quality Score (DQS) obtained in each data submission (click to find out everything you need to know about EDW’s data quality scoring) and assigned a point according to the following logic:

The average score per data owner was then calculated and the issuer with the lowest score was identified. In this case, EDT, with a score of just 1.19 points was the clear winner.

“EdT is honoured to have been presented with EDW’s “Best Data Quality of the Decade” award. Our team still remembers when EDW’s analysts came to Madrid in 2017 to present us the DQS1 and DQS2 indicators. We thought it was great to have a clear measure of information quality and began a project to excel the quality of information produced and delivered by EdT.“

A similar methodology was used to calculate EDW’s “Best Data Quality – Deal of the Year”. For this award only deals without any DQS rule failures were considered. These failures would have included flaws such as inappropriate use of ND5 or inconsistencies between fields.

For the Intesa San Paolo – BRERA Sec S.r.l. – RMBS 2021 deal, the calculation looked like this:

“We are very proud to have won this inaugural “Best Data Quality – Deal of the Year” award which represents an additional stimulus for us to maintain a high level of data quality in our reporting – a topic we take very seriously at Intesa San Paolo.”

With the introduction of the Securitisation Regulation (EU) 2017/2402 (SECR) EDW recognised the need to introduce data quality scoring on a deal level in 2017 and since then has developed and applied more than 4,000 rules and checks to both the ECB Loan-Level Data templates and the ESMA Underlying Exposures, Investor Report, and Significant Event templates. 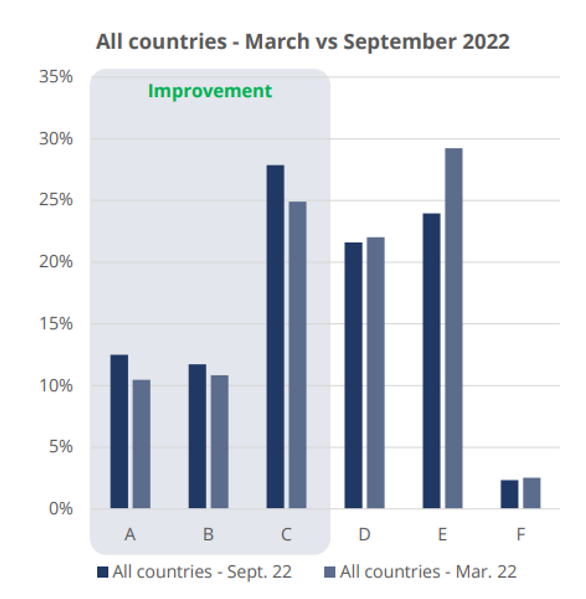 EDW noted a measurable decrease in data quality as issuers faced the challenges associated with the evolving disclosure framework and incoming reporting format. As such, we have been supporting our clients in resolving their data quality issues and working together with them to achieve greater standardisation and transparency for the market.

A recent analysis of the DQS distribution for all European deals within EDW’s EDITOR platform shows that the trend for better data quality is on the rise and we are committed to continuing our efforts in this area with those clients who share our mission.

THE NEXT AWARD GOES TO….

Starting in 2023, the Annual Data Quality Award will be presented at the TSI Congress in Berlin. As one of the European securitisation industry’s most important events, the TSI Congress is a natural setting for the award to be presented, and EDW is pleased to now have an annual platform that recognizes those who share our values and dedication to data quality.

To see how your deal’s data quality compares to its peers, and to improve your team’s data quality, login to EDITOR or read more about how the latest features in EDITOR NextGen gives issuers unparalleled insights into their data, with instant benchmarks and auto-generated deal reports.